If you have been sexually assaulted, please seek help. If you are in immediate harm or distress, call 911.

If you are unsure where to start, or want support from someone who understands your circumstance, contact Brave Step online or by calling (704) 361-5230.

CATCh has a straight-forward policy that bars discrimination and harassment. Most of the policy is common sense and decency.

If you are the victim of harassment or discrimination, please contact our Respect & Equality Coordinator by emailing respect@CATCh.theater or use our online form.

Every exercise we learn, every warm-up we use, every precept we teach in 101 class and beyond strengthens this one idea: we, together, are what’s important. The art succeeds when we succeed in attaining this ideal.

We cannot be “we” without respect and equality.

We have policies which state emphatically that discrimination and harassment will not be tolerated. These policies are important, yes.

The Comedy Arts Theater of Charlotte (CATCh) community believes that it’s not enough to spell out how not to behave. Our community desires to go beyond simply trying to brush away the negativity of racism, misogyny, and the rest. We strive to be intentional in promoting the value, the impact, and the necessity of positive respect and equality among all performers.

To that end, this document is as much about the community we desire to be as much as it is about how to spot and report harassment and discrimination.

What it means to a positive, forward-thinking improv community will probably change over time. And that’s not only OK, it’s to be embraced. Because CATCh is not simply a “safe place” — it’s a place where you know we’ve all got your back. 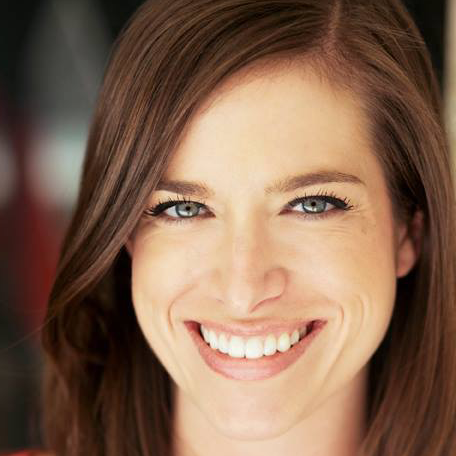 To support her cat children, Jen works as a creative director for a giant foodservice management company. Most recently, she has appeared opposite a fellow improvisor in the #PipesHateWipes campaign for Charlotte Water and can be found performing sketch comedy with Robot Johnson and improv with CATCh house team, Soggy Naan.She is grateful for the opportunity to help the arts community grow through CATCh and is excited to see what the future holds for comedy in the southeast region.

If you feel you have been the victim of discrimination and/or harassment, please report it immediately.

Discrimination and harassment of employees, performers, students, clients, patrons, or anyone else associated with CATCh is strictly prohibited and will not be tolerated.

Because CATCh takes allegations of discrimination and harassment seriously, we will respond promptly to any reports of harassment. Where it is determined that such inappropriate conduct has occurred, we will act promptly to eliminate the conduct and impose such corrective action as is necessary, including disciplinary action where appropriate.

Please note that while this policy sets forth our goals of promoting a theater that is free of harassment, the policy is not designed or intended to limit our authority to discipline or take remedial action for conduct which we deem unacceptable and regardless of whether that conduct satisfies the definition of harassment.

Under this policy, unlawful discriminatory and/or harassing conduct by anyone, whether in the theater, at assignments outside the theater, at theater-sponsored social functions, or elsewhere, will not be tolerated. Managers, instructors, and coaches must be diligent in preventing such conduct. This policy also applies to all persons involved in the operation of CATCh and prohibits discrimination and/or harassment by any employee of CATCh, as well as by any person doing business with or for the organization, including cast, directors, volunteers, outside vendors, business partners, customers, contractors, students, and all visitors to the theater.

For purposes of this policy, it shall be prohibited for any employee or agent of CATCh because of sex (gender), race, national origin, ancestry, color, religion, age, disability (handicap), genetic information, gender identity or expression, or sexual orientation, to refuse to hire or employ any individual, or to bar or discharge from employment any individual, or to discriminate against any individual in compensation, terms, conditions, or privileges or employment, unless based upon a bona fide occupational qualification.

In addition, it shall be prohibited for any employee or agent of CATCh to engage in verbal, pictorial or written abuse referencing sex (gender), race, national origin, ancestry, color, religion, age, disability (handicap), genetic information, gender identity or expression, or sexual orientation, which is unwelcome and substantially interferes with an individual's employment or creates an intimidating, hostile or offensive work environment.

"Sexual harassment" is defined as sexual advances, requests for sexual favors, and verbal or physical conduct of a sexual nature when:

Under these definitions, direct or implied requests by a supervisor for sexual favors in exchange for actual or promised job benefits such as favorable reviews, salary increases, promotions, increased benefits, or continued employment constitutes sexual harassment.

The legal definition of sexual harassment is broad. In addition to the above examples, other sexually oriented conduct, whether it is intended or not, that is unwelcome and has the effect of creating a workplace environment that is hostile, offensive, intimidating, or humiliating to male or female workers may also constitute sexual harassment.

OTHER FORMS OF HARASSMENT.

(a) has the purpose or effect of creating an intimidating, hostile or offensive work environment;

(b) has the purpose or effect of unreasonably interfering with an individual’s work performance; or

Examples of prohibited harassment include, but are not limited to:

If any of our employees, volunteers, managers, coaches, or students believes that he or she has been subjected to discrimination, harassment or offensive conduct, either directly or in their presence, and whether committed by other employees, supervisors, clients, vendors, or visitors to the workplace, the employee has the right to file a complaint. This may be done in writing or orally.

You may report these matters by contacting your coach/instructor or any other member of management. These persons are also available to discuss any concerns you may have and to provide information to you about our policy and our complaint process.

When we receive the complaint, CATCh will promptly investigate the allegation in a fair and expeditious manner. The investigation will be conducted in such a way as to maintain confidentiality to the extent practicable under the circumstances. Our investigation will include a private interview with the person filing the complaint and with witnesses. We will also interview the person alleged to have committed the discrimination or harassment. An effective policy and thorough investigation requires the support of all personnel. Consequently, employees who engage in discrimination, harassment or retaliation or who fail to cooperate with investigations of discrimination, harassment or retaliation may be subject to discipline.

If it is determined that inappropriate conduct has occurred, we will act promptly to eliminate the offending conduct by taking appropriate remedial measures. The confidentiality and privacy of our employees and those involved will be respected during the investigation.

Furthermore, if it is determined that inappropriate conduct has been committed by one of our employees, we will take such action as is appropriate under the circumstances. Such action may range from counseling to termination from employment, and may include such other forms of disciplinary action as we deem appropriate under the circumstances. In addition, those who refuse to implement remedial measures, obstruct the remedial efforts of other employees, or engage in retaliation may also be subject to discipline.

In addition to the above, if you believe you have been subjected to unlawful discrimination or harassment, you may file a formal complaint with either or both of the government agencies set forth below. Using our complaint process does not prohibit you from filing a complaint with the following agencies:

While the previous section details behaviors and actions that are unacceptable, fostering an open and inclusive community where everyone feels welcome requires more than simply defining bad behavior.

What we do requires pushing some envelopes, and we have an obligation and desire to support each other in that. Open channels of communication, in which all parties can share through mutual respect and without fear or shame, is critical.

In trying new things, in being bold, attempting to be authentic, representing real life on stage, and — most of all, building this 747 in mid-air — we let ourselves be vulnerable to making mistakes which outsiders might find troublesome.

We can share our concerns in a spirit of support and encouragement, recognizing the vulnerability our scene partner accepted.

We can receive those concerns without shame, accepting the support and love in which they were given.

The Guiding Principle is…

When in doubt, speak up. Your voice and concerns are invaluable to the community.

Even if you aren’t sure whether the action rises to the level of inappropriate behavior, it’s still important to speak up.

When to speak up

How to speak up

If you experience discrimination, harassment, or other inappropriate behavior at CATCh, your judgement and your voice are the ultimate authority on how to proceed.

However, through talks with experienced performers, many of whom have faced such situations, we have developed some guidelines to help foster the conversation towards a positive conclusion (i.e., the immediate end of the behavior and a better community understanding).

Nobody likes getting notes. Hearing that your character or jokes on stage were hurtful or inappropriate is doubly difficult to take.

However, your teammates need you to have their backs, and that means taking the feedback to heart — whether you’ve been talking over others or making a lot of sexist moves.